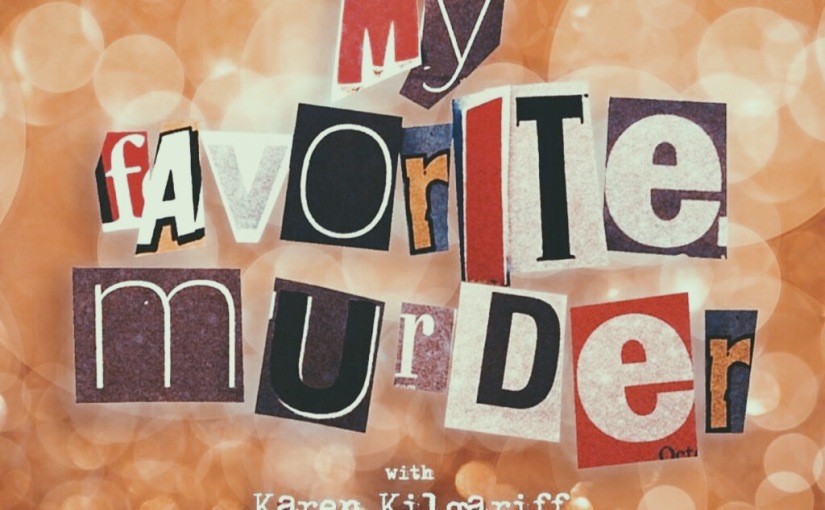 Christmas time is here, which means my only transportation for getting home is flying. I’ve expressed my ahem, love, for flying already. It’s like a giant subway that waits for no one except there isn’t another one coming in 15 minutes if you miss it. As usual with my life, I got into a predicament that could have landed me in my favorite podcast “My Favorite Murder” as the poor defenseless girl who gets killed in the woods by a serial killer. Enjoy!

Luckily, everything after that went off without a hitch! Can’t help but worry about that poor other dude who had to find an ATM while that guy waited for him…….thank god for nice people. Happy Holidays! 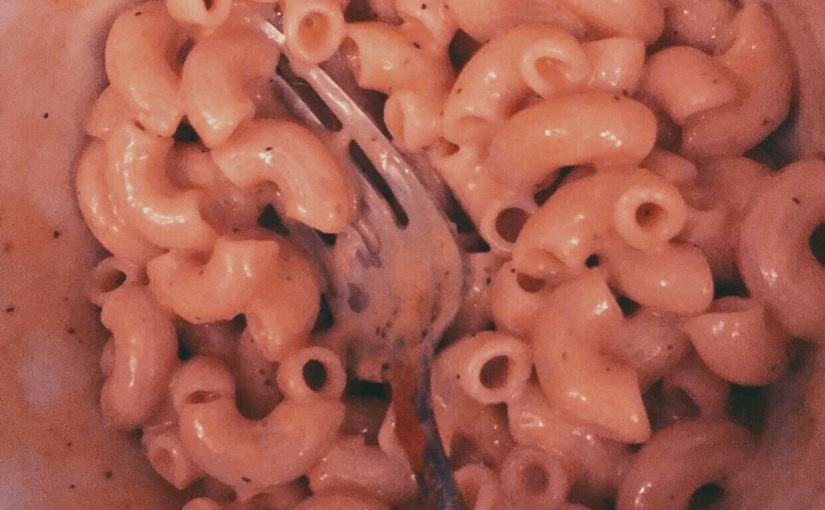 As you guys are aware if you’ve ever followed this blog, I try my very hardest to be vegan. For the most part, it’s rather enjoyable and interesting to discover things I can substitute for dairy or meat in order to eat the things I love. Sometimes, it’s nice to be conscious of what you put in your body on a daily basis and require yourself to think before you eat. However, one of the worst things about being vegan is missing out on the glorious thing that is cheese. Cheese is beautiful and delicious and if you love it like I do, it can be a full meal all on its own. They are fabulous substitutes of milk and eggs, but I have found dairy free cheese to be the grossest stuff ever (although I haven’t tried every brand). Daiya makes amazing dairy free stuff and so I set out to try making vegan mac and cheese, aka my favorite meal of all time. 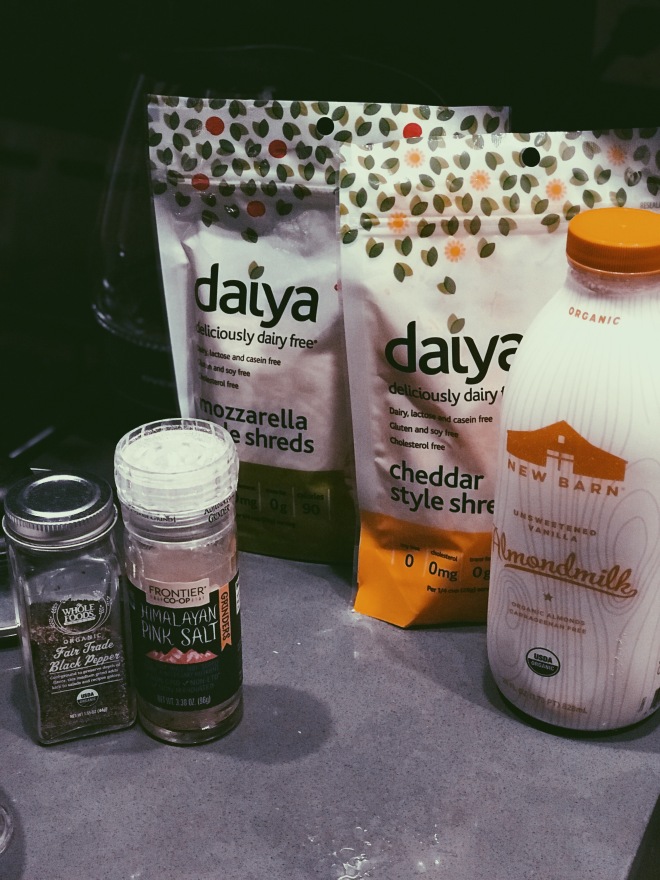 I used just these ingredients because I wasn’t about to get all fancy with it and have it taste gross so I decided to keep it simple and hope for the best. 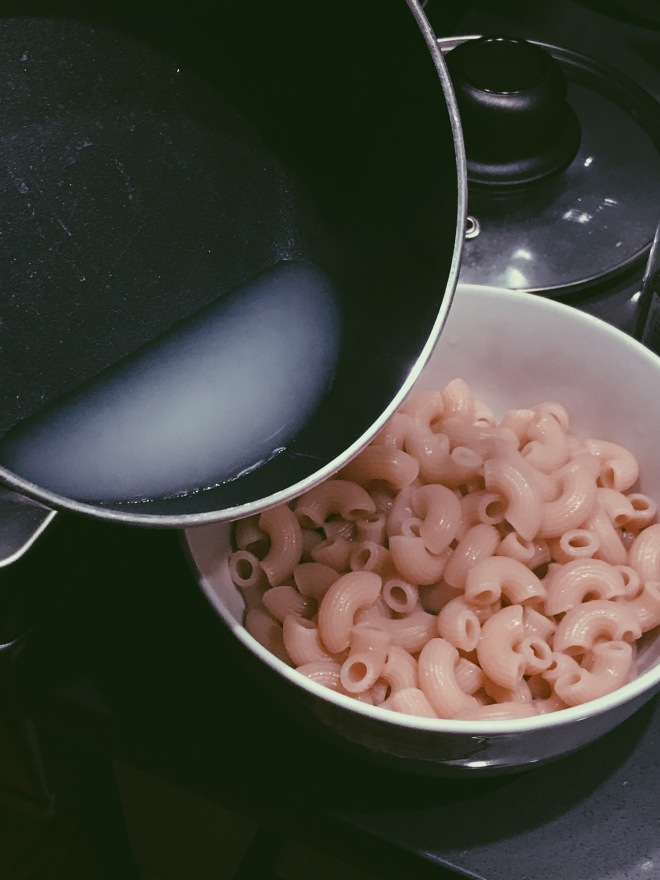 First, I cooked the pasta and put a little of the pasta water with it because thats what PROFESSIONALS do thanks.

I added equal parts milk and cheese and started melting it. Usually, with regular cheese and milk there’s more milk but since this is weird cheese and different milk I just made them equal so it wouldn’t be runny. 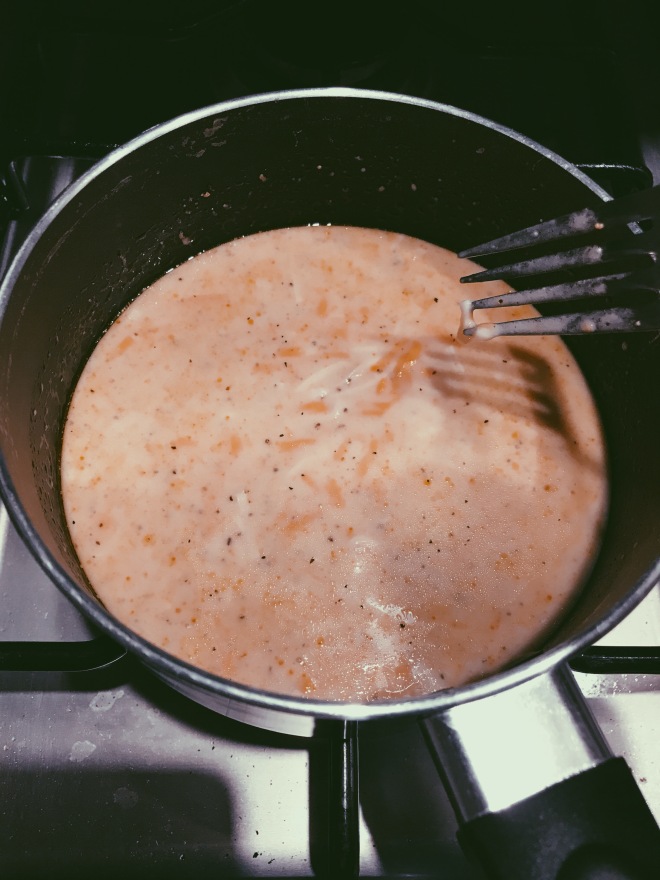 It took foreeevveerrrrrr to melt and was extremely liquidy and so I got a lil nervous and added more cheese.

As it was melting, it smelled exactly like a boiling pot of playdoh. No joke. Here’s me feeling very nervous and hungry

Here’s it looking a lil weird, but fully melted!

Here’s me chickening out cause it smells so bad and I don’t wanna eat it at all….

So yeah, learn from me and don’t do this!!!! Maybe I’ll try some other cheeses and attempt this again, but for nowI am scared of vegan cheese and will not be attempting this until the playdoh taste is out of my mouth! 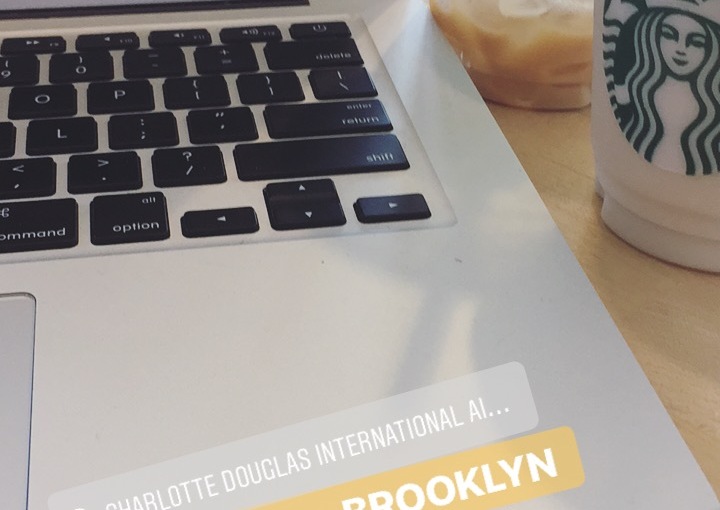 A few days ago, I flew to NYC in order to pursue my dreams of becoming an adult and getting a job (whatever or wherever that may be). My parents drove everywhere we ever went, so I’ve only flown twice in my entire 22 years of life (first time being last year for my first stay in NYC). Flying is the worst, I’m just gonna say it. The waiting is the absolute worst and that’s really all flying is, waiting. Waiting through security, waiting to get on the plane, waiting in line to get to your seat, waiting for them to take off (which can take FOREVER), waiting for the plane to land, waiting for the the plane to get to the little gate thingy (idk what its called but it feels like we drive around for 20 minutes just to get in that thing) and then waiting for everyone in front of you to get off so you can wait for you stupid bag and wait for your stupid cab. Basically, I’m taking notes from my family and I’m just gonna drive everywhere I ever wanna go (this will actually not happen since I have no car and I live in NYC and my family is in fricken Egypt, comparatively).

This particular flight was horrific because I narrowly missed my first flight for 6:30 am. To be honest, I shouldn’t have booked it that early. Who on planet earth wants to be up and functioning before 6 am? Sorry not me. I wanted to earliest I could get in order to avoid delays and get the flying part over with. Unfortunately, my mom(hey mom) set her alarm for 5 pm instead of am so we didn’t wake up until 5:30 aka the time I wanted to leave. I basically ran through everything and rushed to get out the door, but we didn’t make it until 5:50 meaning I didn’t get to the airport before 6:15. Unbeknownst to me, you can’t check a bag 15 minutes before your flight, so I missed it. I was already stressed and angry so after hearing this, I was basically spitting with fury and close to committing a murder suicide (obviously murdering this poor defenseless airline worker and then myself out of guilt). Weirdly, he was very calm and basically acted like this level of anger is normal in society (I mean maybe it is for him in this line of work, poor guy) and got me another flight for 12:25 with a 4 1/2 layover in Charlotte, NC. Not at all ideal, but I was flying out today, so I took it. My first flight was pretty smooth, I was all the way in the back, which was awful, but no one was next to me so that was a plus. Once I got to Charlotte I commenced the longest waiting game ever and a fight for outlets because my computer battery is a joke.

Around 7 pm is when the annoyance of flying turned into more annoyance and then horror. My dad texted me and told me the weather was supposed to be bad in Charlotte as we were leaving. I figured they would just avoid it because on my first flight, that’s what happened. At first, the plane was delayed for 30 minutes. Thank god I didn’t move because it changed back after like 10 minutes to being on schedule. So after boarding, we sit on the tarmac for an hour waiting to take off because of “traffic” (sounds fake tbh). It was so much more awful because every 10 minutes or so, the engine would pick up and I’d think we were about to take off and then, sadly, it would slow down again. Finally, we took off around 9:20. I settled in with my music for a nice flight, only to experience the worst turbulence I’ve ever felt, the kind where the whole plane goes up and down and your stomach drops and you feel like your looking death in the face. Here are some thoughts I had while think about my imminent death:

I swear if I die on this plane with this psycho laughing next to me, I’m gonna be PISSED

What if I end up like Tom Hanks and just go crazy on and island surrounded by dead people instead of dying???

Please be quick, lets just go out in a ball of fire or something.

Oh my god I can’t believe I’m actually waiting to die, this must be some sort of plane irony.

Finally, after ascending enough, we made it out of the wind and the flight returned to normal. I thankfully am not dead next to a man who thinks my suffering is FUNNY and made it safe and sound to NYC. More posts to come about my coming adventures:)