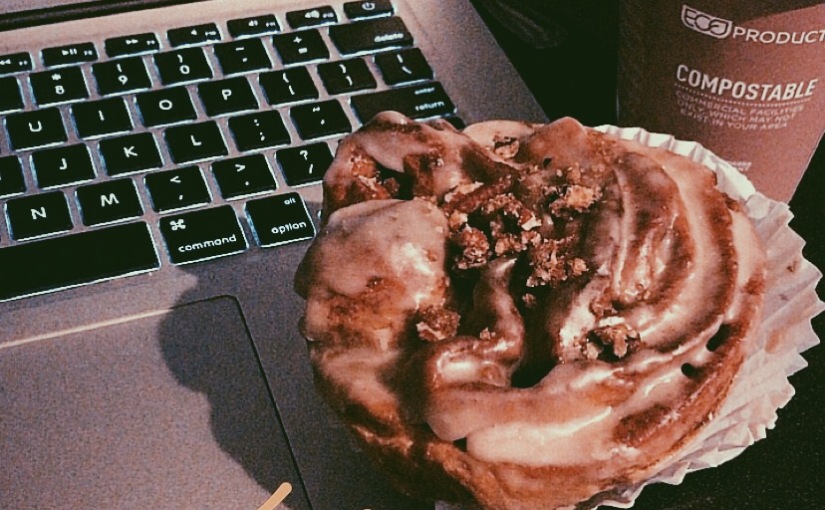 Before we begin I gotta talk about this cute as shit little bakery right next my apartment I discovered (actually Kristen did when looking at my location on Find My Friends so shout out to her). It’s super tiny, but cute and there’s cat decorations all over the place. Bonus is that most of their stuff is gluten free and everything is vegan. Sometimes living in Brooklyn annoys me, but this is one of those times where Brooklyn is cool as heck. 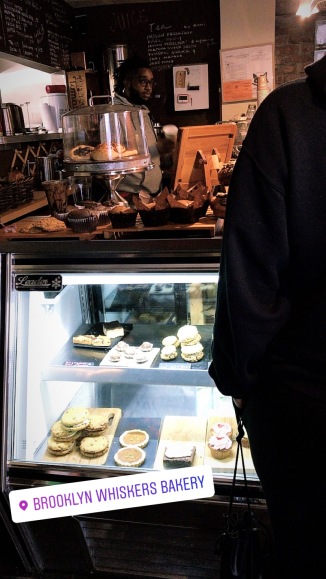 This week I thought I’d give a little tutorial on how I do my eyeshadow. This is how I do it when I’m going out and wanna look fancy! 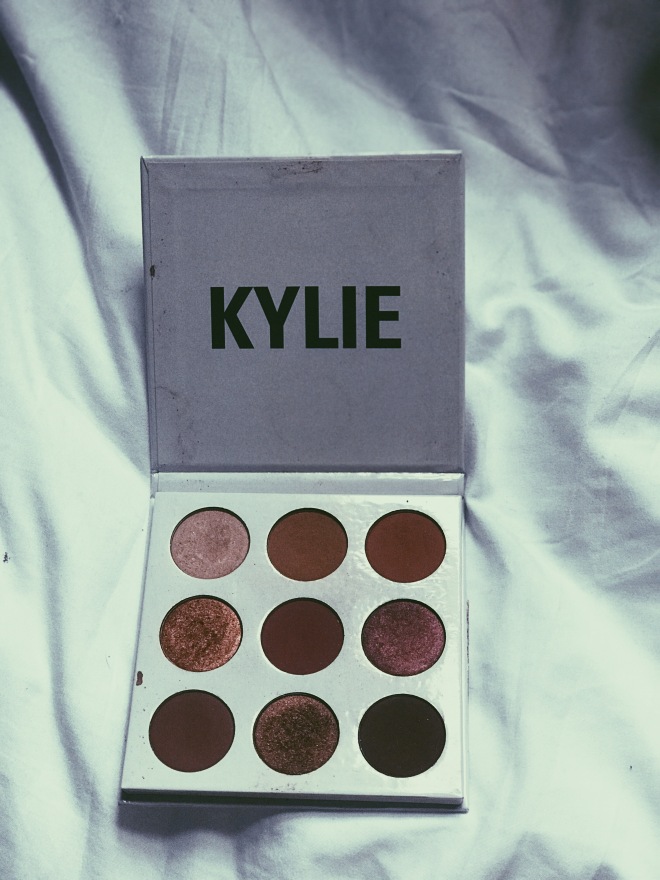 So I’m using this Kylie Jenner Palette, the Burgundy Palette. I may not like Kylie Jenner very much (like who cares if she’s pregnant barf me), but I gotta admit, her eyeshadow is really good. Super pigmented and I don’t have to use a whole bunch of it to achieve the color I want.

I’m gonna be using the red colors cause they match the scarf I’m wearing tonight (cause I’m matchy matchy af). Most people who do their makeup start with the eyes but I never understood that tbh. I wanna go for a more dramatic look so I’m gonna put tape on the side of my eyes to help get a cat eye without free handing it.

I just kinda eye ball it and hope I get them straight (sometimes works sometimes they’re crooked because I am just a girl not an expert). I make sure to put on eyeshadow primer, I use the Two Faced one.

I usually start with the more glittery part on my eye lid and then the more matte shade in my crease. Next I’m gonna line my eyes with black shadow and smudge it out. I used the Naked two palette and the last black shade. 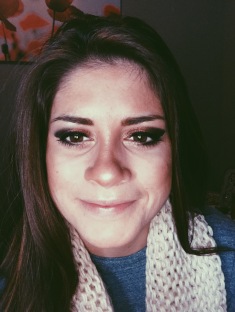 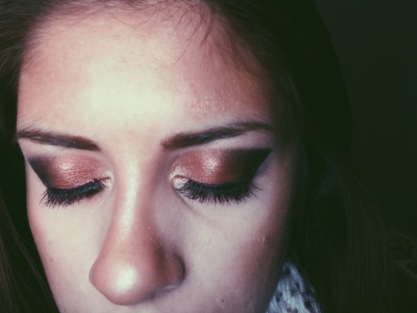 I usually don’t go this dramatic but the opera calls for the dramatic right? Right.

Got this beauty on sale at Express and I am in lurrrrveeeeee. I paired it with this top because I like the contrasting fabrics of satin and leather, but you can do lace as well! It’s super high waisted which I love (honestly if anything goes back to low-rise I will have to just go into hiding). I wore it with stocking and booties a few weekends ago and you can also do OTK boots. Also express has $25 off of $100 right now just FYI you’re welcome.

Had another Saturday where my brain violently did not want to workout. I decided maybe I should start incorporating some yoga in my life sine people rave about it a lot. I’ve tried it before but I usually find it so slow and I get tired of it very easily. This one however was relatively fast paced and I actually was slightly sweaty after. I only burned about 150 cal (which I tried not to stress about) but I felt pretty tight and toned afterwards. Might have to go against my extreme cardio nature and do this more often (maybe). 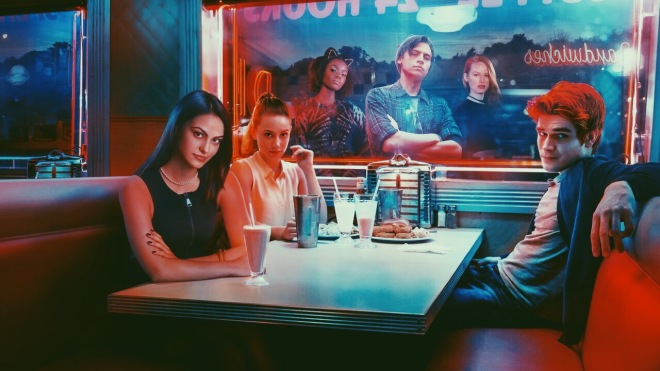 So I finally finished the first season of Riverdale (its been on my Netflix list for agggeeessssss). To sum it up, its kinda like a more fast paced Pretty Little Liars (or should I say better cause it took 40 years to find out who A is). There were a couple weird parts like when Veronica and Cheryl have this like dance off and its very weird and cringe-worthy. I guess it’s more directed toward idk people in actual high school, but some parts make me barfy(like how much they SING). I am patiently waiting for season two to be on Netflix despite my judgment. Here’s hoping I don’t quit it in the middle for season 4 like I did with PLL. Only so much “who done it? Find out in three years” a person can take.

THIS.BOOK. Obviously one of my favorite authors and this book reels you in with the first chapter, its insane. I haven’t technically finished it yet, although I read it till 3 am last night for no other reason than I couldn’t stop. Its all about true crime and thriller stuff but thats all I’ll say cause when I first started reading it I also had no idea what it was about, so you should be blinded and delightfully surprised as well. 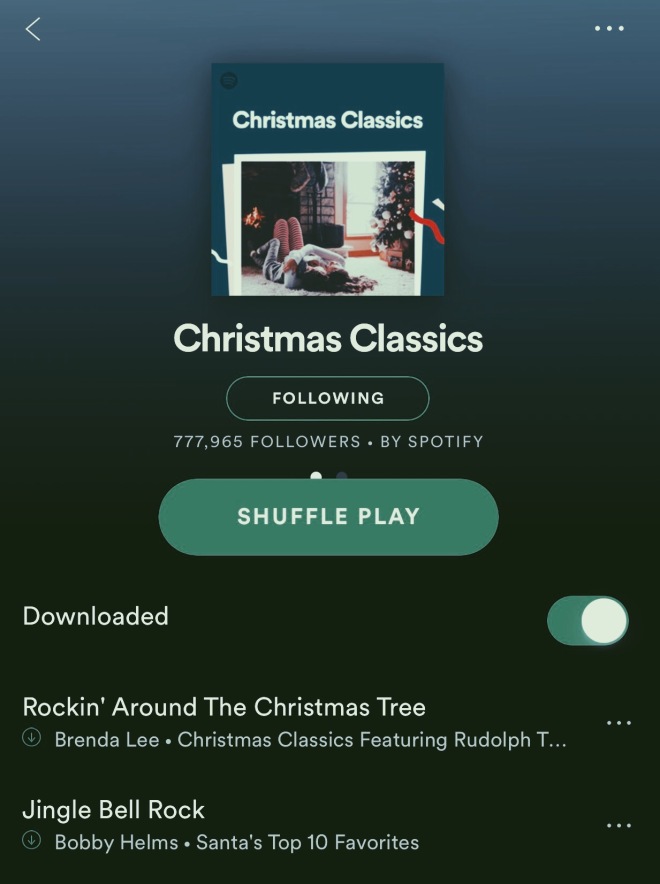 Pandora decided it was going to keep crashing my phone, so it had to go. Luckily, I found a playlist I liked on Spotify that I loved just as much. I only have two settings when it comes to Christmas: classic Christmas and jazzy Christmas. Unfortunately, Spotify can only satisfy one at a time. 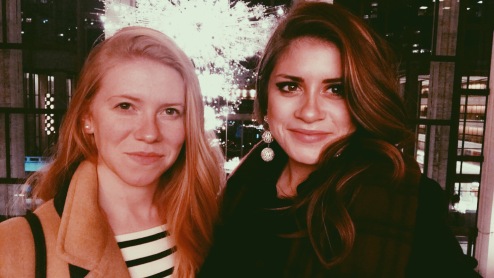 Kept it a little low-key this weekend and just went to Opera (I think I just contradicted myself?). I felt like an old bitty complaining about today’s uncultured youth anytime I told anyone what I was doing that night. But also a very fancy old bitty. Then my friend proceed to inform me this was probably gonna last about 3 hours and I started to feel a little less fancy and little more worried I would die of boredom. The Opera was Thaïs which is basically about this godly man trying to convert this promiscuous lady to become a nun. It works, but not before he decides he loves her and doesn’t wanna be godly anymore (men are fickle beings). The first act was a little dull and I began to fear that I wouldn’t make it through all three, but to be fair, the first Act was a lot of praying and exclaiming. Also the entire thing was in French (which I only knew because I recognized the word for garden thanks 4 years of french!), so you have to read the words on the little screen in front of you (thankful for the little screen otherwise what a snooze fest). The second and third acts were more entertaining with this famous violin solo in the middle of Act II and III. If you’ve ever watched a cartoon in the 90s I feel like this was in an episode somewhere (or maybe I made that up but I recognize it!!). Then I was like “if I like this am I a weird nerd?” but then when was I ever to a nerd? There were a few funny parts (I don’t think they meant them to be funny) like when a guy threw a bunch of cash in the air to distract them so Thaīs and the guy (whatever his name is) could get away cause that is definitely a sure fire way to distract me too. All in all something I would definitely do again if I ever wanna feel  •cultured•

Also please enjoy me failing at trying to see the Rockefeller Tree get lit (I was very annoyed and you’d know if you follow me on snapchat!!!!!!!!!!!!) (Also the other reason I kinda wanna post videos on here cause its pretty funny).

I’m thinking about putting videos on here of me talking about something (story of something funny that happened, my fails of nyc etc.) lemme know what you guys think! (I feel like I’m asking the void but its fine).